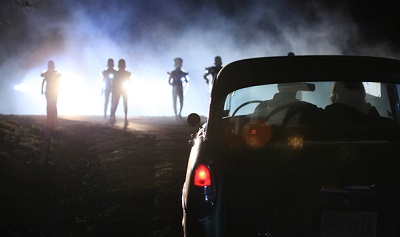 At Washington National Airport, air traffic control reported seven slow-moving blips over D.C. in 1952, causing the Air Force to scramble fighter jets. During the 1980s, an increasing number of people claimed they were abducted by aliens from their own bedrooms! Bringing together eyewitness testimony, expert opinions, and archival video and photos, Secret History of UFOs investigates some of the biggest landmark UFO sightings in history.